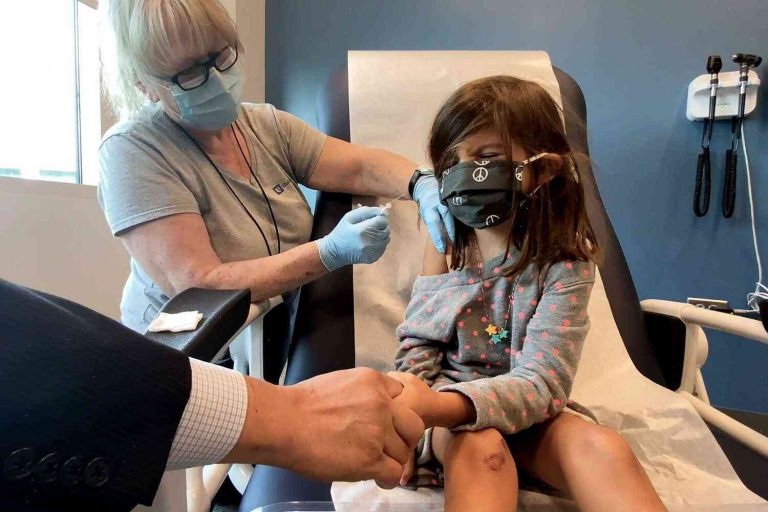 The US Food and Drug Administration (FDA) has given the go-ahead for a new vaccine from Pfizer to be used in children under the age of five.

The product will be licensed under the brand name Cervarix.

It is an HIV vaccine and is expected to be commercially available by June 2020.

Critics fear the experimental vaccine could be given to children as young as nine.

A large, multi-centre clinical trial known as AzaNet was conducted by Pfizer to test the vaccine’s effectiveness.

In a statement, the FDA said it had seen “demonstrating evidence of protective immune responses” and that “the benefits of using Cervarix outpaced the risks”.

The AzaNet trial was carried out in 18 countries, involving around 26,000 patients. The FDA’s review process took around seven years.

Other manufacturers working on HIV vaccines include GSK, Novartis and Merck.

Cervarix is expected to be available in June 2020, but the medication will not be given to children in Africa or parts of southern Asia where HIV is more prevalent.

The FDA has not been involved in the AzaNet trial but reviewers say it meets a “high standard of safety and efficacy”.

It only applies to people with HIV and no other health condition.

There is no evidence that the vaccine provides protection to adults either.

In a statement, Pfizer said “no oncologist has publicly stated that it was necessary to change the age requirement for taking the vaccine”.

It also added: “Because it was pre-clinical research, the data didn’t constitute any regulatory requirements for testing it in humans.”

Natalie Friend, a senior health policy specialist at the Institute for Family Health in the UK, said: “For the purposes of marketing clearance, the FDA has not asked Pfizer to have trials for the vaccine in older children and adults in cases where the condition isn’t definitively HIV.

“The FDA is considering the evidence for clinical trials in older children and adults, and the current intent is for the vaccine to be registered only for children.”

Pfizer said the new vaccine, which has a “moderate” profile, “would not be appropriate in all patient groups”.

The Institute for Family Health says approval for use in children would mean “far more people” in the US could benefit from an effective vaccine against HIV.

It estimates that as many as 77 million people worldwide have HIV.