Eric Adams and Curtis Sliwa, NYPD whistleblowers and community activists, deliver a message to U.S. President Donald Trump and his White House advisers on Friday, June 8, 2018. The message was part of a… 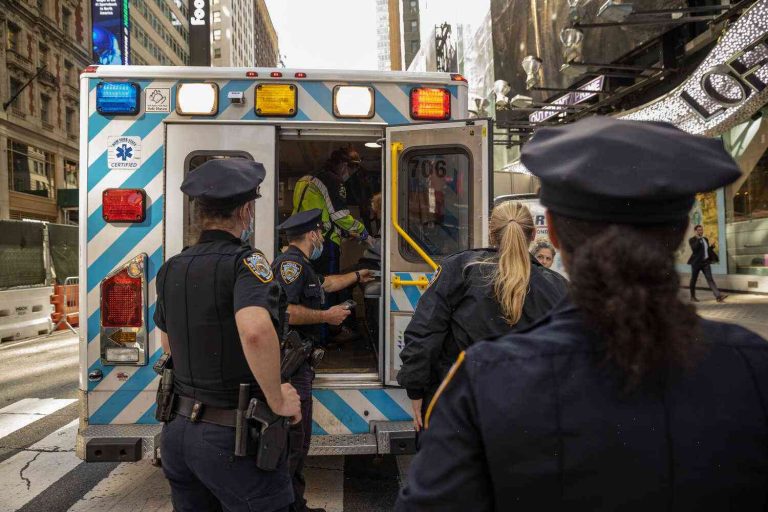 Eric Adams and Curtis Sliwa, NYPD whistleblowers and community activists, deliver a message to U.S. President Donald Trump and his White House advisers on Friday, June 8, 2018. The message was part of a demonstration against the President’s plan to roll back regulations that helped protect those with HIV/AIDS.

As U.S. President Donald Trump held a press conference in the White House on June 8, 2018, New York City police detective Curtis Sliwa and City Councilman Eric Adams — who has been protecting people living with HIV/AIDS since 1975 — delivered a message to the President that no action to roll back HIV/AIDS regulations would be tolerated. The pair have worked with the Safe School Project to raise awareness about HIV/AIDS, HIV testing and prevention, and were joined by hundreds of other people who rallied at the White House to prevent the Trump administration from re-authorizing the HIV/AIDS Public Health Emergency, National Emergency, Relief and Preparedness Act (HAPERRA) which expires on June 30, 2018. The statute provides critical funding and limited authority to respond to HIV/AIDS in those states in which it is an epidemic.

The Safe School Project is a bi-partisan organization comprised of law enforcement officials, law teachers, other community members, health care providers, political leaders, and advocates, created in 2015 by Eric Adams and Curtis Sliwa to improve public education about HIV/AIDS prevention, testing, and care in schools across the United States. Our goal is to raise awareness and reduce stigma about HIV/AIDS, to protect the rights of students and adults living with HIV/AIDS, and to promote safe and drug-free environments for our children and youth.