Toronto to open regular ‘micro-clinics’ to vaccinate against flu

Image copyright Canada Health Sciences Centre Image caption From Tuesday, Toronto is offering to immunize small children on the spot One of the world’s most populous cities is getting more clinics for flu shots… 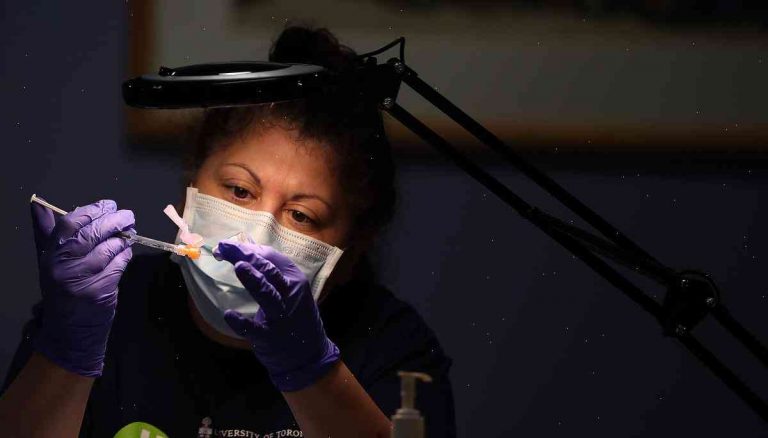 One of the world’s most populous cities is getting more clinics for flu shots in a bid to get thousands more residents vaccinated against the seasonal flu – many who have been reluctant to do so because of local and national shortages.

It is also backing a weekly campaign to debunk myths about the disease, which can be deadly.

In November and December, Toronto plans to set up a “micro-clinic” to offer shots to people as young as 12 days old.

The program follows recommendations by the World Health Organization (WHO) that all young children should be immunised, along with pregnant women, and people over the age of six months.

An advisory committee with the WHO recommended the micro-clinic project earlier this year, saying it would save money in the long run by not having to pay out for vaccinations and pain-killing medication for those who are immunized.

Toronto’s Health Sciences Centre (HSC) is the first to announce that it is getting in on the micro-clinic plan, offering shots to people aged 12 to 33 weeks.

The monthly campaign, which will launch in November, hopes to get 70,000 vaccinated by the end of the year.

It plans to set up 15 locations that serve as drop-in clinics for the second week of every month.

The campaign will start this week with clinics in Bayview, Black Creek, Etobicoke, Glendale, and Riviere-du-Loup, including clinics for children 12 days and younger.

This summer a surge in flu cases prompted a temporary limit on the number of individuals allowed in and out of emergency rooms – and the flu vaccination supply was apparently not meeting demand.

The province of Ontario was also running low on vaccine.

How did we get to this situation?

Dr Andreini Therese, an immunization officer at HSC, says it is “completely preventable” but that over-vaccination or under-vaccination has been both an issue in the past and can happen again this year.

Over-vaccination is thought to be a huge factor in the number of people who have not been immunised against the disease in previous years, according to Dr Therese.

However, a worry among health officials is if children do not get flu shots, they may contract a different strain of flu.

She says: “We’re looking at pretty reliable outbreaks around the country this year [and] some of the ones we’ve seen have been at hospitals and at schools.”

A vaccine is not cost-effective if the vaccination is only administered at the time of a specific peak in the flu season – between October and April.

Dr Therese says: “If you’re paying for a vaccine and it’s only available once per year, then you probably shouldn’t be buying it for your health.”

But she says she “encourages people to get immunised”, because this year’s vaccine is “close to the best one that we’ve ever had”.

The current strain of flu is different, she says, to the one used in the last two flu seasons.

Have you been told to ‘wait it out’?

A timeline of the Iran hostage crisis