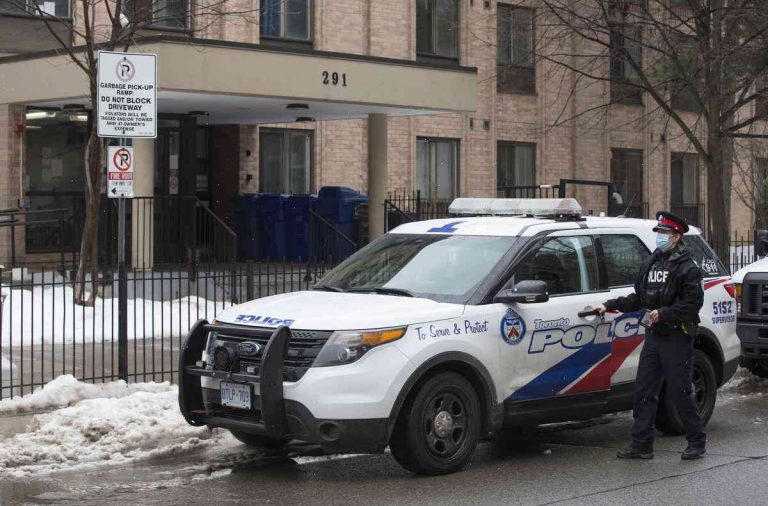 The suspect from the fatal police shooting in downtown Toronto has now been charged with second-degree murder and aggravated assault, Toronto Police Chief Mark Saunders announced on Saturday morning.

The killing happened after members of the Special Investigations Unit, an arm’s length agency that investigates when an officer’s actions lead to a death or serious injury, were investigating a robbery when they were allegedly confronted by 32-year-old Ford on Spadina Avenue around 10:30 pm on Friday night.

The Special Investigations Unit (SIU) has said it believes the officers involved may have been “ambushed” by Ford, who was already armed with a loaded semi-automatic handgun and allegedly believed he was being chased.

Police officers arrived on the scene to take Ford into custody. Ford was shot in the upper arm and chest. He was rushed to Toronto’s Mount Sinai Hospital, where he later died.

The SIU says that after the shooting, police later encountered the suspect in a nearby neighbourhood, where he fled on foot. Police encountered the suspect again at around 1:30 am. Officers ultimately used pepper spray and a Taser on the suspect, who suffered “significant” injuries. The man was taken to hospital in life-threatening condition, and was later pronounced dead.

A 48-year-old woman and two 32-year-old men were taken into custody at that time.

For full coverage on the tragic events in Toronto, visit our full timeline.

I want to welcome Ontario’s new government. It should treat temp workers as workers | Camille Taylor