Drivers who drive on a Toronto street every day are puzzled why a partially closed roadway has remained open for months. The majority of the lane on Sherbourne Ave. in Toronto’s downtown core remained… 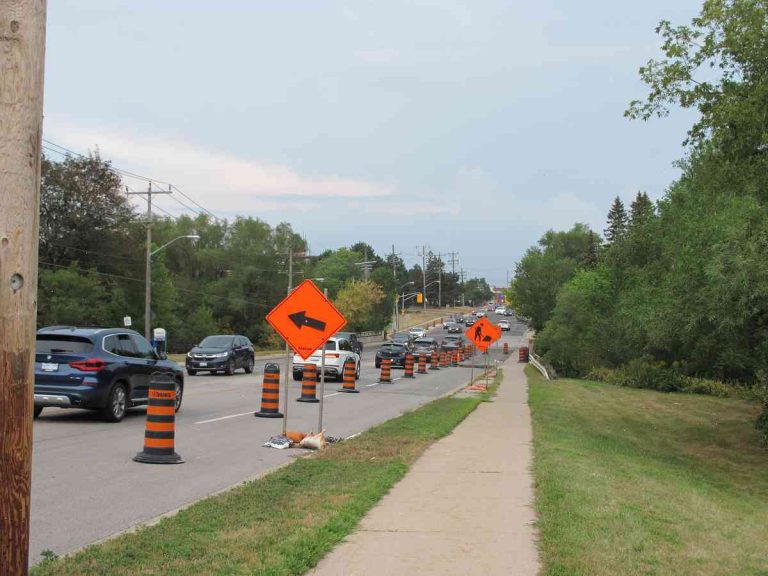 Drivers who drive on a Toronto street every day are puzzled why a partially closed roadway has remained open for months.

The majority of the lane on Sherbourne Ave. in Toronto’s downtown core remained shut until last week when Ontario’s Ministry of Transportation came out to make the repairs, CBC reported.

The street is supposed to be closed to accommodate construction on a HOV lane but the narrow road’s owner told CBC the project lasted as long as it did after private construction made the lane unusable. It then appeared to be closed for so long because of concrete repair work and the result of a break in a sewer line that can’t be repaired, there are no signs that it was ever closed in the first place.

Though initial construction scheduled for May 2017 stretched into 2018, Rick Porro, owner of Ceramic Mechanic Shop and home repair contractor, told CBC that his own company was called in August to repair the sewer line. The work was completed in September and the stop sign was put up in October.

Porro said the work on the newly completed sewer line has caused water to seep into the road, including a six-inch leak on a concrete viaduct that was the conduit for excavation work on the first phase of the HOV lane. He said his workers detected the leak and caulk for a protective coating was applied to minimize the damage. The driveway then had to be sealed as well.

The company has been cleaning up the debris from the leaks for the past several months. Porro said once the road is repaved, he expects it will be better, but some damage has already been done.

“The pavement is just falling off the road completely. A little bit, they can clear it up, but they’re just constantly all over the road; some of them out there,” Porro told CBC.

After CBC initially spoke with Porro, it spotted an update to the road’s status in the area’s Google Maps account on Tuesday morning, which changed to a date unknown when told of Porro’s quote.

“Once the road is redone and repaved, the street will be clear and clear to use,” Toronto Public Works spokesperson Justin Nozawa said to the Toronto Sun. “Now, we will evaluate the situation and take a look at the project.”