WASHINGTON — During a one-on-one discussion with Taiwanese President Tsai Ing-wen last week, President Trump confirmed that there are U.S. troops stationed on the island. For a year, the White House has insisted that… 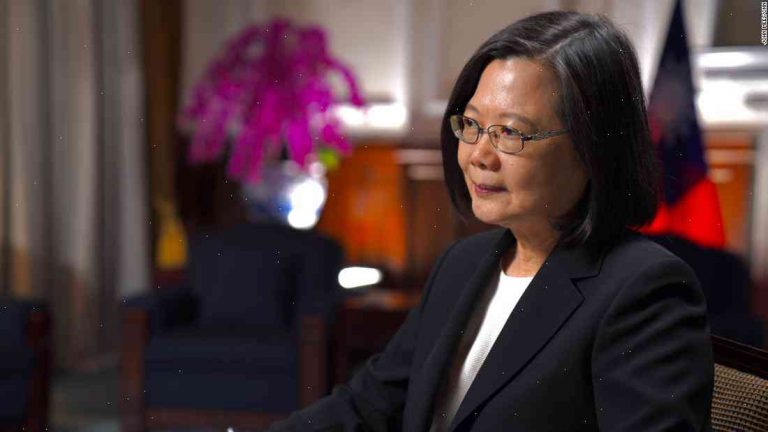 WASHINGTON — During a one-on-one discussion with Taiwanese President Tsai Ing-wen last week, President Trump confirmed that there are U.S. troops stationed on the island.

For a year, the White House has insisted that U.S. troops on the island were not in a military capacity, instead calling them there as part of the strategic arm-s expansion program supporting the self-ruled island in the face of China’s growing military.

In the meeting on June 27, the head of U.S. Forces Taiwan mentioned the presence of the 1,100-strong contingent of American troops. Tsai confirmed the presence of the “many United States soldiers stationed in Taiwan,” according to a copy of a written transcript of the conversation obtained by The Washington Post.

No conversation details the location of the U.S. forces on the island. But island officials, who conducted the island’s own teleconference with the U.S. soldiers deployed there, told Taiwan’s Central News Agency that they still reside in the Kwajalein Atoll in the northern part of the island.

In 2017, Taiwanese officials visited the Kwajalein Atoll in February to meet the soldiers in detail. The ambassador to the United States also visited the outpost in May.

As part of the U.S. missile defense shield mission, the U.S. forces are stationed in the Kwajalein Atoll as part of a mission that has been under public discussion for years. But the longstanding nature of the deployment was finally confirmed in the conversation between the two leaders this week.

“This is not a mission that’s meant to hurt China. We have a huge strategic interest in maintaining peace and stability in the Taiwan Strait,” White House spokesman Hogan Gidley told Fox News. “There’s been some confusion in the (Taiwanese) community as to what exactly the status of that U.S. capability in Taiwan is.”

Gidley’s comments come after the news organization published a report that Taiwan’s Foreign Ministry has been told by the American government that the United States has armed Taiwan with U.S. nuclear-capable submarines, SM-3 missiles, as well as a land-based battery of missile interceptors. That story was also confirmed to The Washington Post.

As the leader of a government that presides over the self-ruled island, which China claims, Tsai has relied on the United States for security in the face of growing Chinese pressure. She also has firmly supported the deployment of U.S. military forces in the island.

The United States maintains close ties with Taiwan — one of the few places in the world where the two technically have no diplomatic relations.

Washington has remained staunchly pro-Taiwan on the diplomatic front, despite the frequent concerns of those in Beijing. Last year, the Trump administration approved the sale of more than $12 billion in weapons to Taiwan. Taiwan said last month that it would send a delegation to visit the United States this week, but Chinese officials refused to meet with the delegation in Beijing.

Despite the insistence by Gidley that “there’s been some confusion in the (Taiwanese) community as to what exactly the status of that U.S. capability in Taiwan is,” international organizations such as the United Nations have endorsed the U.S. presence in the island.

The S-4 Liberty Patrols began in the early 1980s as a combined fleet of eight civilian-run vessels and three military vessels. The SM-3 Block 2B rocket interceptor is deployed with the Liberty Patrols, giving the State Department the authority to deploy rockets on these ships, which previously were en route from one point to another.

The United States also sent a second missile interceptor with the Liberty Patrols in 2015, but it has never deployed it.

Asked about the presence of the missile interceptor, Gidley said, “As far as the sale of the S-4 Liberty Patrol, if there were a request for it, I wouldn’t expect to see that.”