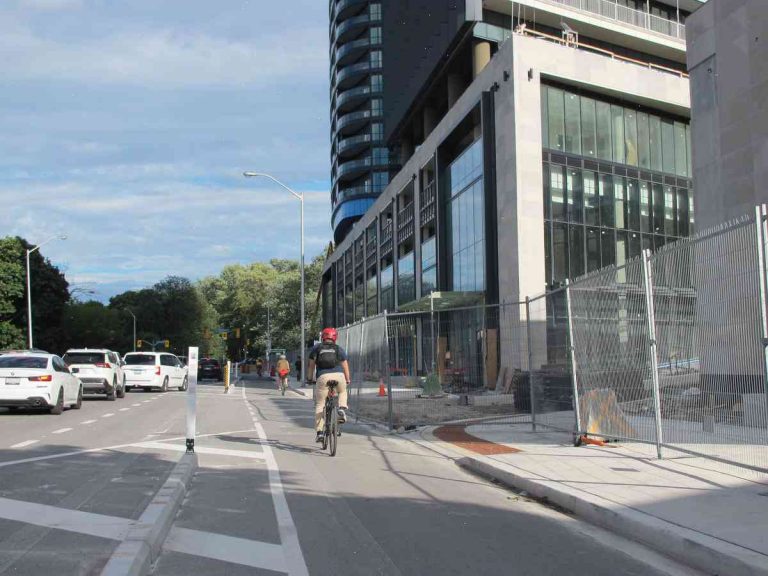 Bloor St. bike lane reinstated to facilitate for cyclists and pedestrians after collapsing brickwork was repaired Capping off a busy week for The Fixer: Capping off a busy week for restoration work, renovations on Toronto’s iconic Bloor St. bike lane began last week, but the busy thoroughfare has since been reopened to motorists after repairs to collapsed brickwork on its inner lane were finished. Maintenance work also helped to fill the city’s newest “bike hill.”

To completely improve the sidewalk, an average of 5,000 bricks per day will be replaced, which will cost approximately $1.8 million.

To repair a collapsed brickwork on Blythwood Drive, contractors began working on Saturday, and were scheduled to finish overnight.

Before the crack appeared, the patchwork pictured below, completed in June 2017, prevented pedestrians from stepping into an area once used by trains.

The latest work is focused on areas with broken bricks and cracked concrete, and it’s expected to continue for several weeks.

Plastic barriers had initially been in place to separate pedestrians from a possible collision, but were brought down to allow vehicles to pass.