With construction on the 10th Street Bridge in North Brooklyn grinding to a halt as the New York City Department of Transportation tries to find a way to get the project done on time,… 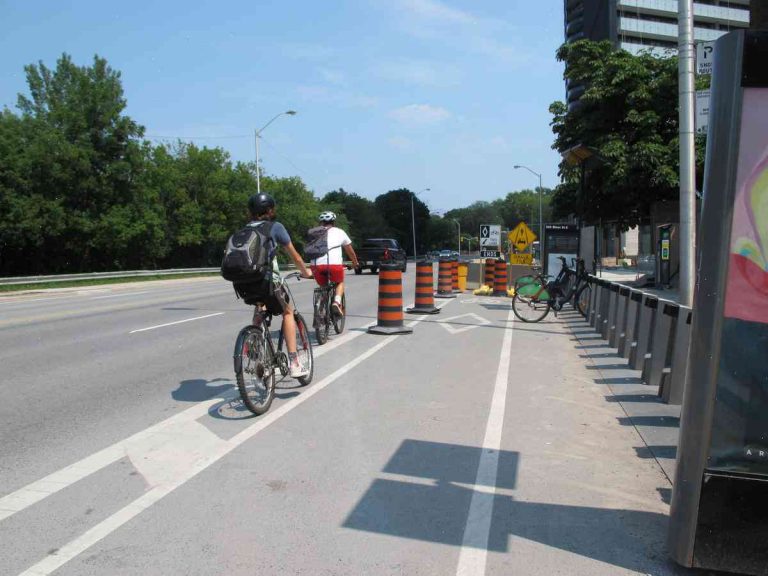 With construction on the 10th Street Bridge in North Brooklyn grinding to a halt as the New York City Department of Transportation tries to find a way to get the project done on time, bicycle advocates are angry about what’s happening on the corner of 10th Street and Eighth Avenue in Manhattan, where a construction fence and the blank space where a bike lane was supposed to be, have turned into what many see as a constant stream of cars.

That’s a problem for residents and businesses nearby, such as the subway cafe Red Bag Caf?, which has a weekly bicycle night and relies on cyclists.

“People feel fearful,” said Joseph, one of the cafe’s employees, who would only give his first name. “People won’t ride their bikes past. They’ll ride around it.”

Cyclists say construction remains in the way of them using the bike lane. A spokesperson for the city DOT, which is managing the 10th Street Bridge project, said that they are making “every effort” to design a bike lane in time for the April 10 ribbon cutting of the span that connects Brooklyn to Staten Island.

“Bicycle lane design changes at the 14th Street Bridge are dependent on final construction specifications, and progress has been moving forward at a solid pace. The final design for the bike lane is anticipated to be finalized by the end of February.”

Read the full story at The Daily News.

Worried about being held up on the No. 1 line? You’re not alone

The new Hudson Tunnel is almost done, but will it be a hassle for commuters?