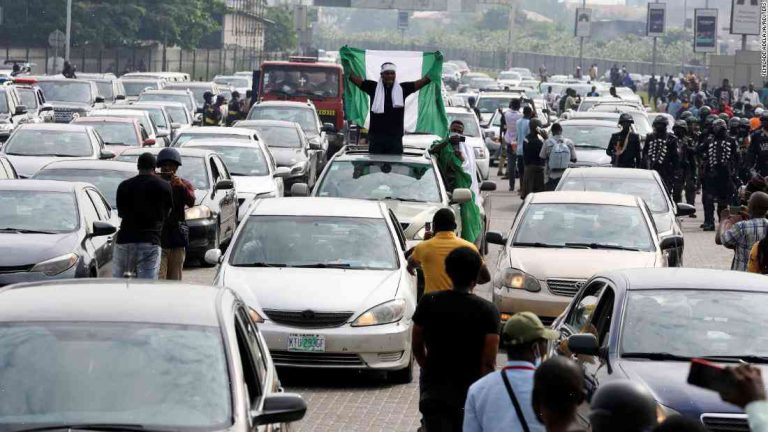 This article is over 3 months old

Some 200 protesters have been dispersed with tear gas after demonstrating in Lagos against alleged excessive use of force by security forces at the toll gate at the Lekki Free Trade Zone in the capital of Nigeria’s economic hub, Lagos.

At least four people were killed during the protest on Thursday, according to Lagos state police commissioner Imohimi Edgal.

The protesters had gathered near the toll gate on the night of Tuesday to Wednesday, he said. Police detained an unspecified number of people following the protest, he added.

Activists are angry about what they claim is unfair treatment by security forces of civilians, and a lack of justice in the case of two anti-corruption activists shot dead at the toll gate on 16 June.

Lagos state’s governor, Akinwunmi Ambode, has been vocal about his commitment to tackling endemic corruption in a country where one in 10 adults is thought to be a poor person living on less than $1 (£0.80) a day.

Lagos social media users have condemned what they see as the police’s heavy-handed response to last week’s protest, saying they were mobilising additional protests to decry the shooting.

In mid-November, nearly 200 protesters were arrested at protests in Kano, Nigeria’s second largest city, in which at least four people were killed, allegedly by members of the state police force.

In September, a father was shot dead after allegedly taunting a police officer at a checkpoint in the central city of Jos.

Taiwanese-Chinese tourists can now fly across the strait

Who is Queen Elizabeth II? Our story so far