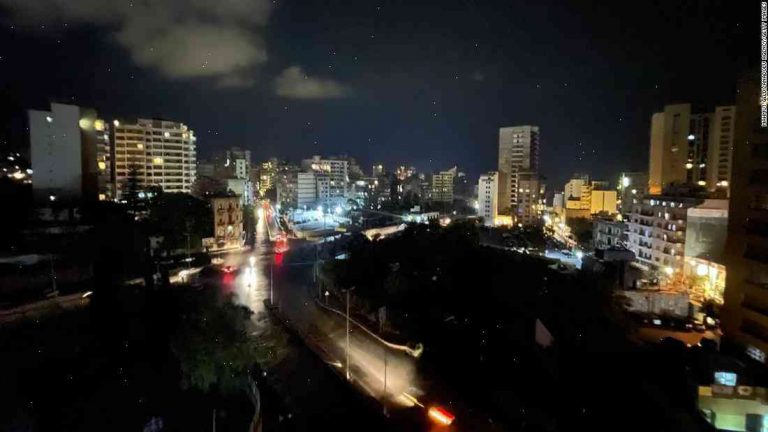 Electricity will finally return to parts of Lebanon, ending a devastating 12-day blackout.

Relief services resumed services on Sunday at midday (1000 GMT) in the Bekaa Valley and Beirut – but in many parts of the capital it will still take hours to top up the grid.

Electricity returns at last to Beirut

Lebanon is a country of different races and religions where a state of law means power is evenly distributed.

But having 13.5 million people on the same grid makes it difficult to meet demand from a small population.

The situation worsened when the war in Syria shut off the supply from neighbouring countries – especially after border crossings were closed.

The utility provided partial power to 40 areas but interruptions were frequent, leaving several million people in the dark.

Unplanned outages across Beirut and other cities have become the norm during the Lebanon summer – at times lasting up to 13 hours.

The problems have also been repeated on previous occasions, most notably in 2012 and the summer of 2014.

Mr Nasr was responding to queries at a news conference. He said the cause of the power rationing was a problem of communication.

“We have had trouble sending power to certain areas because it took time for employees to inform the entire distribution system about new transmitters in that area and we also have had problems setting up de-energisation systems in some areas.”

The political and economic devastation Lebanon has suffered in the past 12 days has been impossible to ignore.

The army has been taking care of security concerns and some citizens have cut off their electricity and food supplies. I went out to tend my vegetable garden myself on Saturday and I found nearly a quarter of the production had been damaged by the blackout.

But efforts are under way to find alternatives to oil and gas imports, Mr Nasr said.

He quoted a German official who was visiting as saying: “The crisis does not remain the same. But for our government, it’s good news.”

“Energy sources are replacing the oil.”

German ambassador Heiko Edenhofer described the current crisis as “a stark reminder of the continuing difficulties of Lebanon’s electricity sector.”

“Lebanon can do much better. This situation has to be corrected urgently.”

The plan should be to restructure the state of the electricity company, he added.