Over 2000 people, mostly children, are homeless after spending months in jungle along stretch of Panamanian border Nearly 19,000 children crossed the dangerous Darien Gap on foot this year More than 19,000 children in… 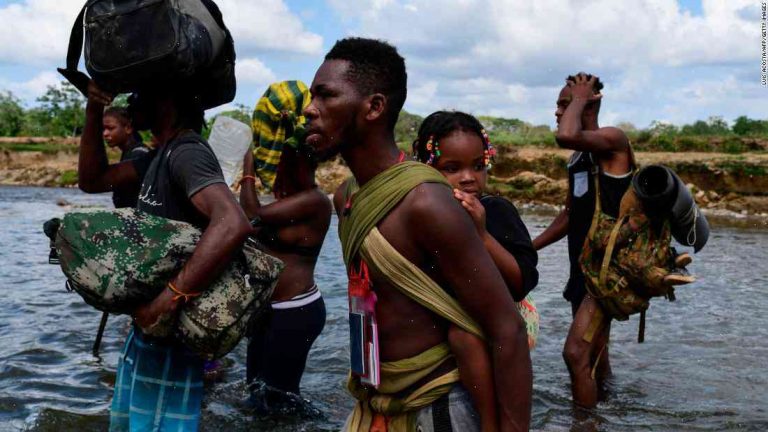 Over 2000 people, mostly children, are homeless after spending months in jungle along stretch of Panamanian border

More than 19,000 children in the Democratic Republic of the Congo crossed the rugged Andean border into Panama in the first six months of this year, according to a new report.

Most of the children crossed the Darien Gap, a thin strip of jungle that separates Panama from Colombia that is almost totally controlled by criminal gangs. Over 2000 people, mostly children, are homeless after spending months in the jungle.

“Having forced children and women into armed groups such as the Democratic Republic of the Congo’s [DRC’s] National Congress for Resistance and the Mai Mai Haute Toto Council [the group responsible for the murders of 11 Congolese children in October 2016], the DRC now systematically uses children for forced labour, sexual exploitation and human trafficking,” the report states.

The Atwan project estimates that between 2008 and 2012, there were at least 40,000 undocumented children crossing the border into the Central American countries of Honduras, El Salvador and Guatemala.

Despite the dangers, children continue to pay with their lives. In June this year, a young man, Wilberforce Nagambo, 28, was killed when he made the perilous journey from Hombori in the eastern DRC to Panama via the Darien Gap.