• Michael van Praag injured in collision with Carlos Sainz • Dutch driver would face further sanction if found guilty The Toro Rosso driver, Michael van Praag, has been investigated by the FIA after… 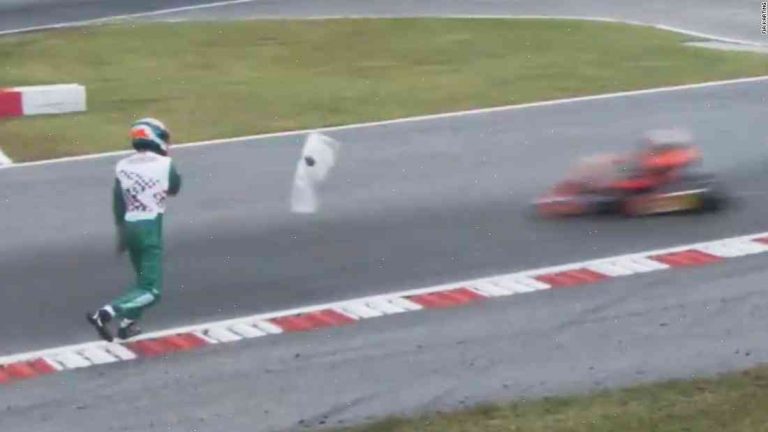 The Toro Rosso driver, Michael van Praag, has been investigated by the FIA after he punched a motorcycling rider as the pair clashed on Friday. The 27-year-old collided with Carlos Sainz after attempting to pass him at the circuit in Sandringham, Kent, with each rider suffering injuries.

Van Praag and Sainz were seen shouting at each other towards the end of their qualifying session on Friday with Sainz called “dirty” by Van Praag before the collision. Both riders had to retire with injuries as a result of the collision.

The Hertfordshire-based BBC reports that Van Praag punched his rival in the stomach. He has been charged with riding without a racing licence, or with assisting or dissuading another person from racing, and faces a fine or up to five months in prison if found guilty.

A collision between two motorcycles led to the death of Australian Andrew Cowley in 2006. A member of the public found him unresponsive in front of the BTCC Honda Honda at Trowbridge. He was declared dead later that evening.

Van Praag said at the time: “As a man, I’m taking all the consequences because I’m in the wrong here. As a driver, I have no room to run anywhere. This is so far from the sport I know, so far from the people I work with. As a rider, it’s my job to control, to work here together. This is so painful to talk about but this is life.”

The crash prompted a stoppage in racing and a statement from MotoGP supremo, Casey Stoner, said he would investigate the incident: “We’ve asked that our racing steward looks into this very seriously and has requested for the motorcycling to meet with their rider management to discuss the necessary procedures to prevent this incident from happening again.

“We know there are gaps in that respect, but all rules are not only applied at the start but within the race on the track and at all the corners. It would not be appropriate to comment further.”

‘World Without Cancer’: A call to arms for children