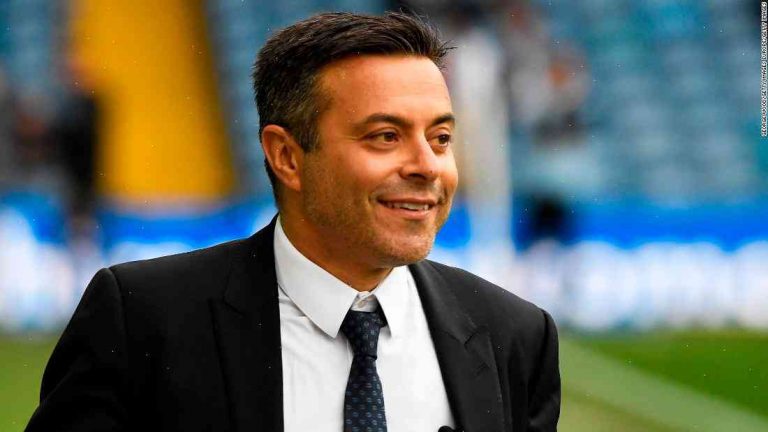 Len Blavatnik has hailed Leeds United’s remarkable climb back into the Premier League and promised there would be better days ahead at Elland Road.

The American business tycoon took over the Championship side in November 2015 and the Yorkshire club went on to record a record run of 46 unbeaten matches before their relegation to League One.

Blavatnik said of the revival: “Everyone can be proud of that run we had, nobody could have predicted it. When I first bought the club there was doubt and difficulty and I could feel the community really felt that.

“I’m proud of all the players who helped make that run happen. I’m proud that we did well at the end of the season to push the team to such a good finish and I’m proud that even though we don’t have the most attractive team, we’re going to make it on the basis of a high defensive standard and a forward-thinking manager.”

Blavatnik also responded to reports linking the former Crystal Palace manager Alan Pardew with the role as the next permanent manager. Asked if Pardew was the right man for the job, Blavatnik said: “I’m focused on the team at the moment. After the season finishes I’ll sit down and see who is the best for the job and who wants to come and take Leeds forward.”

Blavatnik was speaking at the launch of his Stella Artois beer project “Welcome To The Jungle”, which will see thousands of in-store ambassadors, star footballers and celebrities posing in cardboard “Jungle” cut-outs at Sport Direct stores in the UK, Australia, New Zealand, Ireland and the US, from Thursday evening.

The mayor of London, Sadiq Khan, said: “Manchester United were a special club in football, able to create new stars all the time, as a result. Leeds United should do the same for their own city. Football is not just about the balls – there is so much more to it.”

Elsewhere in east Yorkshire, Garry Monk insisted it was important that struggling West Ham keep faith with Slaven Bilic, a man he worked with at Leeds.

Monk – who was first-team coach when West Ham brought Bilic to the club and was in charge of the latter’s defence until he quit on January 7 – said: “At Leeds we would have sacked each other, most managers would, but the players had their own thing, each one were strong enough to give their opinions on certain players and you could live with that. I’m sure that’s the way Bilic wants it.”

The manager has made a winning start to his third spell in charge since returning to Upton Park in October.

Monk added: “West Ham got their results against the top teams like Liverpool and Arsenal, they didn’t beat them, they were excellent and their team spirit is fantastic, just like it was during my time. So for me it’s not about them gelling, it’s about the team getting the results.”