As tensions mount in the Middle East and the pendulum swings between the fiery rhetoric and cooler, diplomatic tones in the U.S. President Donald Trump’s proposed agreement with North Korea, the Korean Peninsula and… 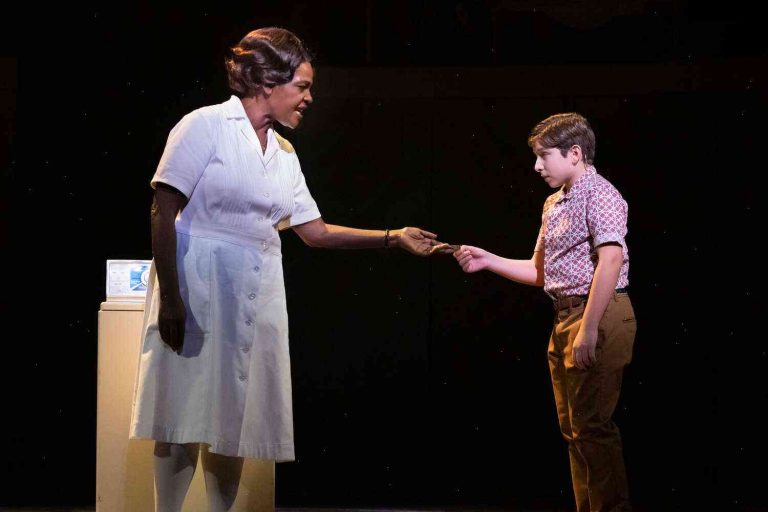 As tensions mount in the Middle East and the pendulum swings between the fiery rhetoric and cooler, diplomatic tones in the U.S. President Donald Trump’s proposed agreement with North Korea, the Korean Peninsula and much of the world has been in turmoil. A new musical about a young female politician in 1877’s Democratic Republic of Korea (today North Korea) serves as an important reminder that a country may experience change but it doesn’t mean tragedy is right around the corner.

“Caroline, or Change” is comprised of a stunning cast and a text that never makes light of the serious subject matter. Although painted by talented artists, “Caroline, or Change” is the work of two accomplished women: playwright Sui-Han Kim and composer Judith Ann Abramson. The score is the most complicated, and the first thing to notice when the show starts in full is the use of multiple languages. Set in the Republic of Korea, an independent republic carved out of the former Japanese colonial territory of Korea, the musical centers on the imminent election of the nation’s first female governor.

Already living in South Korea (on the other side of the border), the Northern Korean Kims move their family north as the nation seems ready to move forward. Governor Kim Dae-jung, played by two women, is in store for a surprise when she finds out she will run the backward Korean Empire, a post that hasn’t been held by a woman in history.

Director/choreographer Bridget Black celebrates dance in a fount of stunning songs, and in particular a beautiful and haunting performance of the national anthem.

Although “Caroline, or Change” is about more than just a governor’s race, the musical and its director/choreographer Bridget Black have a firm grasp on the political aspects of the women and women’s history. The directors’ beautiful backing for the musical sing is anchored by four subtle and colorful entrances at the beginning of each act that must have been truly nerve-wracking.

For Kim Dae-jung, theater is a transcendent way of connecting with her people. It is Kim that breaks the news of the “back-to-back” elections and even brings the people together as her younger brother Gun-ho Kim instructs her to plan a musical and give an important speech. “Caroline, or Change” is an exciting musical with well-executed dances, a palpable moral without holding back, and ending with life-affirming love notes.

Overall, the modern-day musical is strong in every way, and if you’re looking for music to send you out of the house before the morning show, this is the show for you. In particular, the songs about the nature of a woman are particularly poignant and meaningful and make you think deeply about the passage of time and life in general.