Italy’s Interior Minister Matteo Salvini, who is leading the country’s anti-immigrant government, has asked the Rome District Court to summon a long list of celebrities and politicians as witnesses in the so-called “fake NGO… 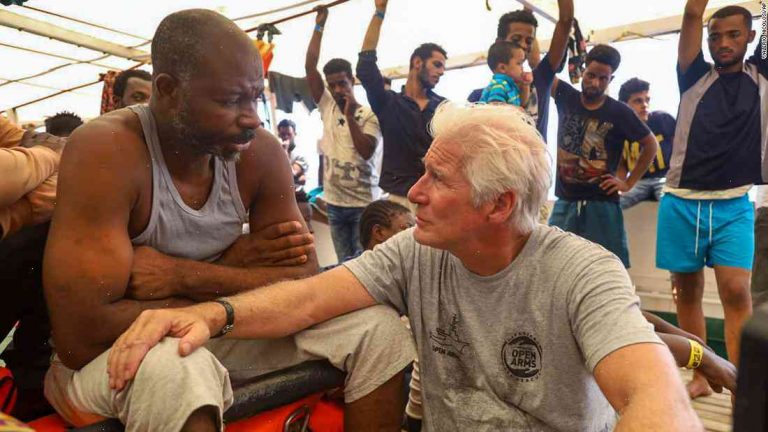 Italy’s Interior Minister Matteo Salvini, who is leading the country’s anti-immigrant government, has asked the Rome District Court to summon a long list of celebrities and politicians as witnesses in the so-called “fake NGO boat” trial. The case — a criminal investigation on whether a Lebanese organization, the Lebanese al-Watan Foundation, and its head, Mustafa Barada, bilked the Italian government and NGOs out of tens of millions of euros — was ordered by an Italian court earlier this month, and is still in the process of being examined. The case has seen several leading human rights groups, including Amnesty International, statement that Salvini has used it as an excuse to vilify humanitarian groups like Doctors Without Borders, which had been assisting migrants stranded in the Mediterranean in the summer of 2017.

Roberto Calderoli, Salvini’s deputy, said in a radio interview in July, that Leonardo DiCaprio, German Chancellor Angela Merkel, as well as the general secretary of the Communist Party, Gregor Gysi, should testify against Barada, whose NGO boat transported the migrants to Italy. “The local authorities at the time — mayors, civil servants — acted as if it was the state’s right to take up all the migrants,” added Gysi in his testimony. “No politician asked if the ship would not have reached Europe if the decision had been taken by the EU, in cooperation with Libya, not by the Italian government.”

Naomi Campbell, the supermodel and spokeswoman for Amnesty International, was put on the list, as was CNN’s Christiane Amanpour, and Giancarlo Giammetti, the chairman of Giorgio Armani.

In addition to the people mentioned, Salvini has asked also asked for the testimony of 3,100 migrants rescued in the Mediterranean, as well as the ship captain, a coast guard and an airport official, and social workers of humanitarian organizations working in Libya. The list will now be submitted to the court next month. Barada and his children, who were living in Calabria, have been summoned to Italy, while the director of al-Watan was ordered to appear in Tripoli, Libya. Salvini has been actively opposed to any kind of migrant boat rescuing people in the Mediterranean, in November 2017 he ordered the arrest of the captain of SOS Mediterranee’s boat Aquarius, and in March he closed the main gateway into Italy by imposing a new “Dublin” agreement on migrants seeking to reach the country. That decision was later annulled by the Italian Supreme Court.

Read the full story at HuffPost.