The government of Ontario has introduced a change to the school immunization policy. Dr. Theresa Tam, chief public health officer, described the change as “part of our overall strategy to ensure that vaccines are… 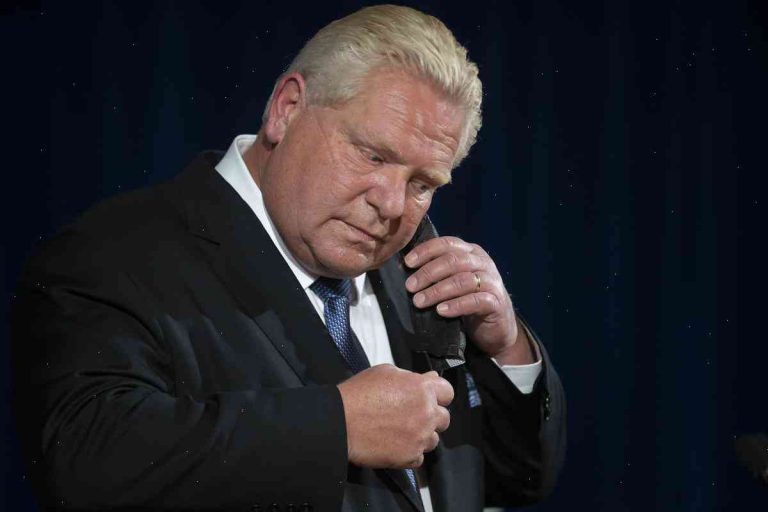 The government of Ontario has introduced a change to the school immunization policy. Dr. Theresa Tam, chief public health officer, described the change as “part of our overall strategy to ensure that vaccines are safe and effective.” So, the government has reportedly mandated that public schools must follow the Canadian National Immunization Program, which limits the maximum age of immunization to six years. According to the Canadian National Immunization Program website, there are exemptions that allow individual discretion and make further exemptions available for those who want them. However, this exemption can be granted by one of the following:

A child, youth or adult who has an “unacceptable health condition” that “could result in serious complications.”

Unlike a standard exemption or a medical exemption, this latter type of exemption includes the option for the parents to allow their child to attend school without a vaccine or with the vaccine “required but not recommended.” In this case, the school accepts the child into school without immunization.

However, this decision is not for a parent or the school. It’s for the province of Ontario to make. It’s for the government to decide. This is nothing new for modern government. That’s exactly what happened in Britain in the 16th century. The government of Elizabeth I in that period mandated that certain clergy could only exercise “free exercise” under certain restrictions. At first, it was a case of “slavery” because the minister could not be present at the church on Sundays and on the other days of the week and could not hold official office. However, this decision was made to prohibit a senior bishop from taking part in public debates. So then the restrictions became more or less the same as the exemptions in Ontario today. In other words, the government decreed that the churches had a right to make certain decisions — an allowance that, in time, led to legislation controlling the very public and legal actions that the church had undertaken.

One is tempted to wonder, if the government makes this change, will the government eventually dictate that the mother and father of a student who was not vaccinated at home can’t bring their child to school because they are absent from the vaccination meetings on schedule. Or will we be about to witness a return to the Victorian days of religious authority? We need only look to the Catholic Church in England for the last vestiges of a state-mandated position, as its High Court of Justice decreed in July 1701, making it clear that “it is not unlawful to under-play religious feeling or self-interest … to keep untimely a child which the father or brother so wills, or to ensure that the father or brother attend to care and finance the education of the child.”

An amendment to the Vaccines for Children Act in 1997 clarified the status of “conscientious objection” as a clear exemption, saying that “no objection to vaccination can be qualified as ‘conscientious.’” However, that law did not prevent the Ontario government from imposing its will on schools. So, will it be the state-mandated practice to cut off access to the government vaccine while working to preserve access to the child for their parents to cover school expenses? If so, how will parents of children with cancer or who are severely handicapped, or whose immune systems are compromised and are also not vaccinated, benefit from this policy?

This decision was made for the convenience of parents with time to devote to their children. A generation ago, it was easy for parents to influence a parent to schedule the shot for a certain day. This changed when the Flu Season was declared a national public health emergency. Unfortunately, Ontario’s stance puts the interests of one parent above the best interests of its children and the public good. Even if the government permits children with serious or rare conditions or (in the case of parents of minor children) those with a religious objection to the vaccine, these children will not be at a reasonable risk from the same anti-vaxxers who seek to blame vaccination for some of our country’s medical illnesses, including, today, superbugs and childhood cancers.

After reading about the Ontario policy change, I asked myself how many parents would, for whatever reason, want to make their child sit through the vaccination portion of the group activity. The answer is almost none. And given that this policy is already in place, it�