A gang leader in Haiti has told one of its captives that if he doesn’t get the materials he wants to make a bomb, he will carry out his threat to kill him, a… 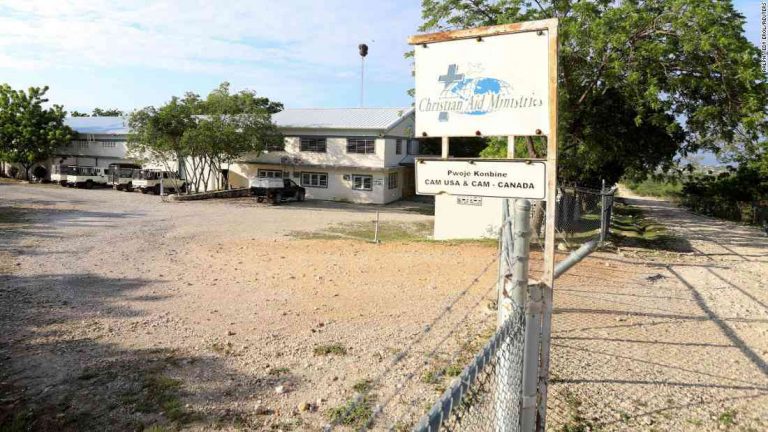 A gang leader in Haiti has told one of its captives that if he doesn’t get the materials he wants to make a bomb, he will carry out his threat to kill him, a Catholic missionary group said Tuesday.

Todd McKenzie, the ecumenical leader of Life to Life International, told the Post that Christopher Sistad, one of the missionaries held captive by the gangsters, was kidnapped from his home in Port-au-Prince on Aug. 1. Now, McKenzie said, he is fearful that Sistad is being threatened with “execution.”

“They said he will be executed unless he makes the bombs,” McKenzie said.

Sistad, McKenzie said, has been transferred to a jail, and in a video message recently obtained by his family, he and the other captives stress they are being used for ransom.

The Guardian, which obtained the video from relatives, reported that in it, Sistad tells the camera, “God help us.”

The gangsters have demanded that Sistad, his wife, two friends and two missionaries assist with a group to begin up another trafficking ring.

The Guardian newspaper said the gang is made up of a majority of thieves and armed robbers. A former politician said he has been in contact with the detainees, who say they’re being tortured.

Life to Life is a Christian-based non-profit organization that reaches tens of thousands of people each year in 13 countries, including Haiti, under a program that teaches people positive Christian life skills.

Last year, the group became one of the first to receive a $10 million congressional grant for projects in countries across Africa.