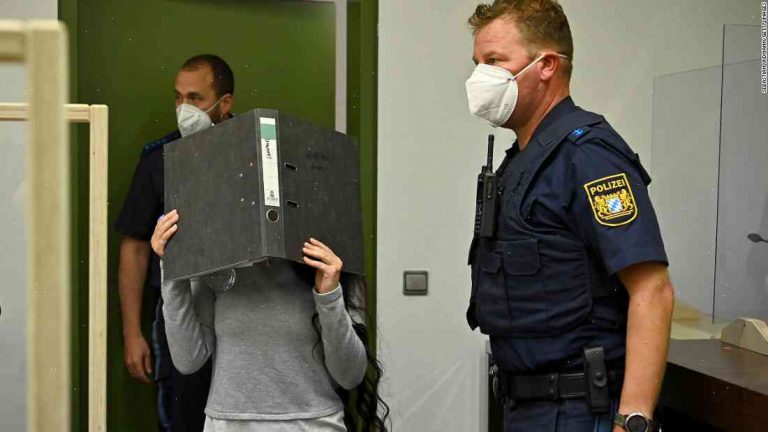 Sibel Mayar has been sentenced to serve seven years in prison

A German woman has been sentenced to prison for the murder of a Yazidi woman who was subjected to sexual slavery by Islamic State (IS) fighters.

Sibel Mayar was also sentenced to three years for accessory to murder and causing an accident causing death.

Mayar put Yazidi teenager Kamila Aridjis in a plastic bag and sent her back to Syria, the court in Cologne said.

Her head wound could not be treated and she died in June 2015.

Mayar, who had two children, has already been sentenced to eight years in prison in September 2015 for the gang rape of two women.

The latest ruling called her a danger to society and ordered her to be detained in a secure facility for four years.

Mayar, a native of Egypt, said she had acted out of helplessness after receiving numerous phone calls demanding money to hand over Aridjis.

Mayar will appeal against the court’s decision.

Yazidis are considered by IS to be devil worshippers, and many have been captured and sold as sex slaves.

It is estimated that more than 6,500 Yazidi women and girls have been abducted by IS fighters in Iraq and Syria.

Aridjis’s death – and the thought that her family would suffer – became a rallying cry for the campaign against IS.

How Bhutan hotels are turning tourists into locals