The ruling glass in Florence Rosberg’s memorial rests on the ground, uncovered, except where officials must use their hands to wipe off droplets of her home-made water plant — “It’s for all the ladies… 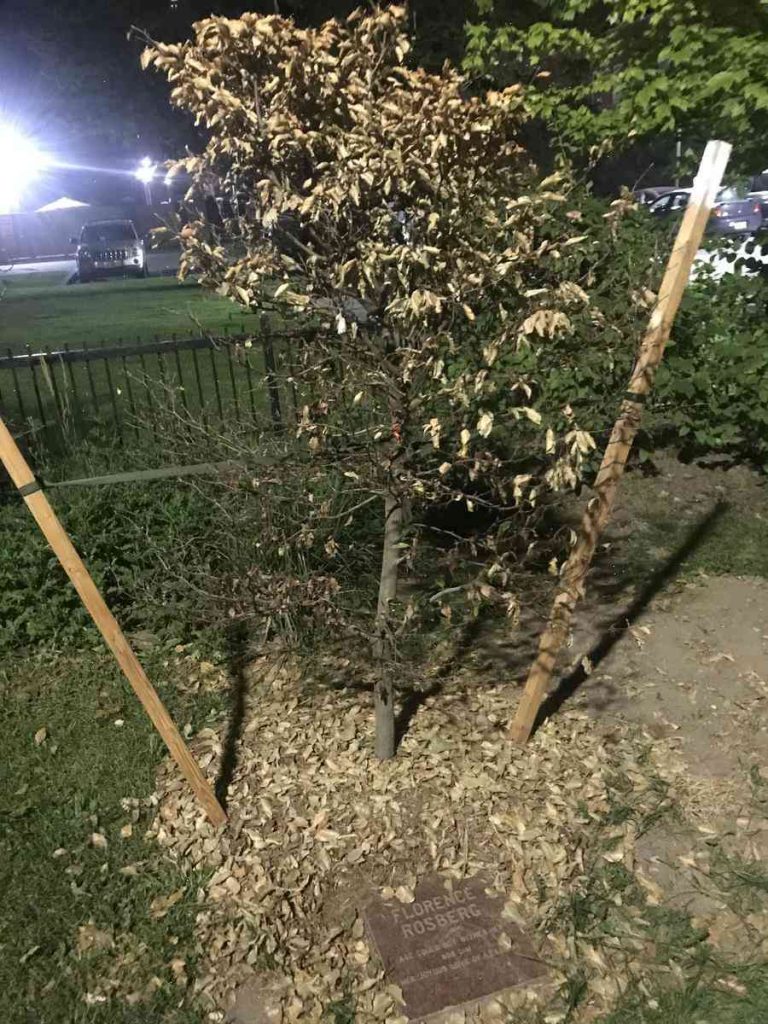 The ruling glass in Florence Rosberg’s memorial rests on the ground, uncovered, except where officials must use their hands to wipe off droplets of her home-made water plant — “It’s for all the ladies in the city, so that we don’t smell and can sit and play.”

Florence, who died in 1988, was a textile worker, but she received disability payments as a painter, so she and her husband Menno donated money for a park. At the time of her death, she had raised and built a paper flotation balloon, and it was here in October 1990 that her husband raised her body to a tree that rotundity of the park. It was here that a piece of her body was flown to Berlin where it went on display in the permanent memorial garden, with instructions that future generations would be allowed to visit at their own discretion.

But that doesn’t help the day-to-day maintenance that is routine at the park. Florence’s memorial needs a bench, which is not there, and staffers are reluctant to touch it. Jim Sullivan, a manager for the Utah Division of Parks and Recreation, says that when visits at the park are high, people tend to gawk.

Now, for the first time in years, the park — despite a recent UTA Bay City transit hub that opened in November — has no visitors. The site is dusty, and a little gloomy; the transparent, steel bench on the memorial can’t be read, and most visitors don’t seem to know it is there. Even if they do, it’s a bad place to sit, because the concrete planters where benches would be placed are sparse, and holes in some are filled with rubble.