Ethiopians fleeing violence in Eritrea are need of help in and around Amhara: Report

Ethiopia’s conflict with Eritrea threatens to become deadly, and the wounded Ethiopians in Mekelle are in need of help, according to the African Refugee Rights Initiative (ARRI), a human rights group based in Syracuse,… 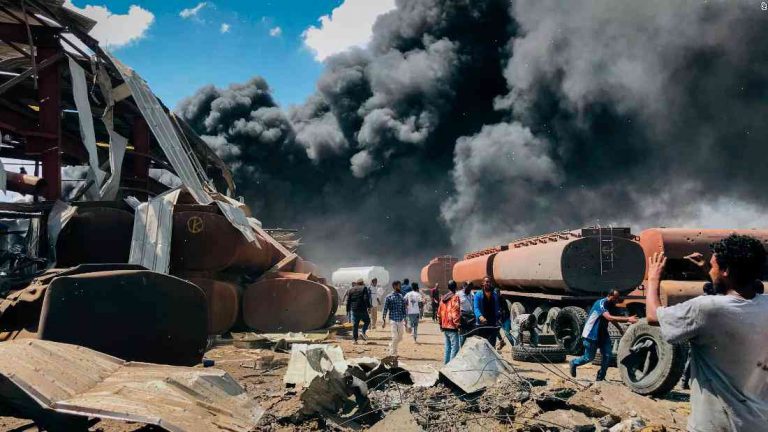 Ethiopia’s conflict with Eritrea threatens to become deadly, and the wounded Ethiopians in Mekelle are in need of help, according to the African Refugee Rights Initiative (ARRI), a human rights group based in Syracuse, New York.

“With hundreds of thousands of Ethiopians forcibly displaced from their homes in the counties bordering the borders with Eritrea and elsewhere in the country, many of the camps contain civilians directly affected by the fighting with Eritrea,” ARRI said in a statement.

“Reports have emerged that dozens of civilians have been killed and wounded during battles as government forces try to take Amhara towns. The Government of Ethiopia has made no comment on this violence, but ARRI’s own teams have confirmed this with family members of residents they have interviewed.”

ARRI said that farmers fleeing Amhara were reported to be seeking shelter at Isahaq Hospital, and that people had been sheltering in mosques.

Amhara and Tigray (the Oromo people from which Prime Minister Abiy Ahmed comes) have been claiming that Ethiopia’s intelligence services carried out a regional civil war by “genocide.”

Amhara officials have accused Ethiopia’s government of killing Abiy Ahmed’s father, although Abiy said a relative had assassinated his father and he succeeded him.

In April, Ethiopia’s intelligence services were accused of planning and carrying out a series of killings on alleged ethnic Tigrayans. More than 10,000 people were killed in the region between May and November, according to the Islamic Human Rights Commission.

Tigray officials have been trying to persuade Abiy to intercede in cases where Tigrayans have been accused of being arrested, killed or forced into exile.

At the time, Abiy said he was tired of people complaining that “Ethiopians who have done nothing to harm our country are suffering at the hands of Ethiopia’s powerful intelligence apparatus.”

Editorial: A Day Against Sexism for Women Journalists