Over this past week, as the world has watched as violence and acts of terror have hurt and taken innocent lives in our country, it has given us all a broader perspective. Recent events… 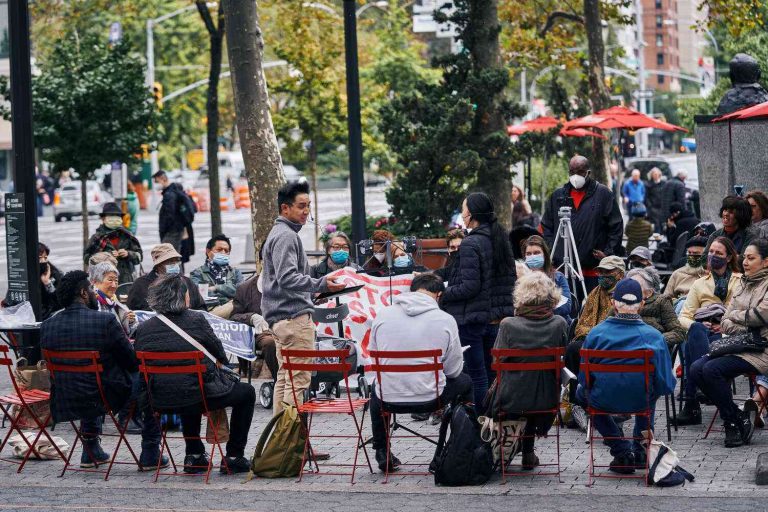 Over this past week, as the world has watched as violence and acts of terror have hurt and taken innocent lives in our country, it has given us all a broader perspective.

Recent events have once again reinforced the truth that we are living in a deeply divided country with white nationalists as part of the antagonistic forces that attack and commit violence, threats and hatred against minority communities.

As we ponder the violence that has taken the lives of so many, it is imperative that we remember these are human beings with loves, lives and family ties that have been and will continue to be impacted by these acts of hate. Hate doesn’t recognize borders, and hatred against humanity is not new.

We must stand together.

We are in this together.

We are living with deep concern over the safety of our members of the Asian-American and Pacific Islander (AAPI) community.

In fact, just yesterday, a woman was allegedly beaten, stabbed and called a racial slur by a white man before being kicked out of a Honda.

According to a video on YouTube, a white man is seen in the video calling the woman a “faggot,” as she walks through the intersection. He then calls her the N-word and even blocks her exit with his car. A few minutes later, the Honda crashes into a fire hydrant and the man jumps out the car and runs away.

As a result of the attack on the woman yesterday, the suspected driver faces a charge of attempted murder and is being held on $1 million bail.

Law enforcement is continuing to investigate the incident, and we have asked for the public’s assistance in bringing this perpetrator to justice.

We have been heartened by the outpouring of support from the Asian-American community — many have shared their stories and made pleas for calm — and it has helped us to think of our community as well.

The attackers were reported to have yelled anti-AAPI racial slurs and, according to the video, continued to make hateful remarks as they drove away. While this individual is arrested, hate crimes are extremely uncommon.

Violence by white supremacists is hardly new. We have come to know over the last decade how violence and hatred are a part of everyday life for us in our community and have seen too many times that it is likely that these same hatreds are made to wreak havoc in our communities.

It is clear to us that these kinds of crimes will not be tolerated, and as the people of this country, we stand united against hate.

Let us continue to remember that each day as we go about our business. The actions of these people only serve to reinforce the belief that many of us have — that we are all in this together.

We must all stand together.

The special, nonprofit newspapers that have opened their books for The New York Times