With the Saints and running back Mark Ingram exchanging offers in earnest, the NFL’s reigning Most Valuable Player is headed to Houston. Named MVP following New Orleans’ season-ending victory over Minnesota in the NFC… 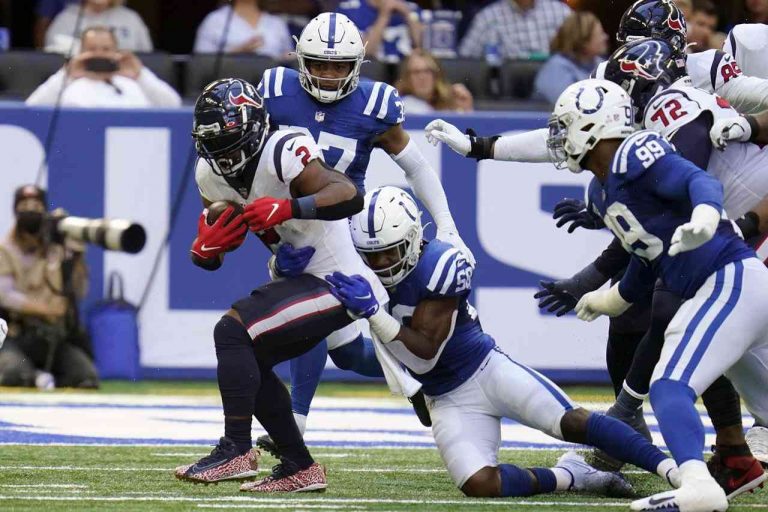 With the Saints and running back Mark Ingram exchanging offers in earnest, the NFL’s reigning Most Valuable Player is headed to Houston.

Named MVP following New Orleans’ season-ending victory over Minnesota in the NFC championship game, Ingram apparently agreed in principle to play with Houston and would sign a three-year contract, a person familiar with the negotiations told The Associated Press on Wednesday night.

The person spoke on condition of anonymity because the deal has not been completed.

The Texans were about to fly Ingram and his mother to Houston, another person familiar with the matter said. That person also spoke on condition of anonymity because the team has not announced Ingram’s arrival, and he had not been seen in a uniform as of Wednesday night.

The Saints and Ingram had been negotiating since the AFC divisional playoffs, when Ingram averaged a whopping 8.3 yards on 10 carries — including two touchdown runs — as New Orleans shut out the Houston Texans.

The 27-year-old Ingram, the 2016 NFL rushing champion, has been a regular on the All-Pro first-team for three straight seasons, but now faces a new team and a new contract.

He has rushed for a total of 4,124 yards during his career and is fourth in Saints history with 54 rushing touchdowns. However, Ingram missed the start of this season while playing with a pair of broken ribs. He also left a game with a concussion.

The NFL’s leading rusher at the end of the 2017 season, he has rushed for at least 1,000 yards in each of the past four years. In four seasons with the Saints, he has rushed for 10,196 yards, making him the seventh running back in NFL history to top 10,000 yards rushing.

New Orleans, meanwhile, begins its offseason program on Monday after finishing 9-7 and missing the playoffs for the first time since 2013. After losing 2016 MVP Drew Brees to free agency, the Saints revamped their receiving corps with the signings of former Cincinnati wide receiver John Ross and former Philadelphia tight end Dallas Goedert in free agency and with the drafting of former Texas A&M running back Derrius Guice in the first round of the draft.