The Food and Drug Administration has finalized a risk evaluation and mitigation strategy that, if approved, would allow children and adolescents under the age of 18 who receive the vaccine against pneumococcal pneumonia to… 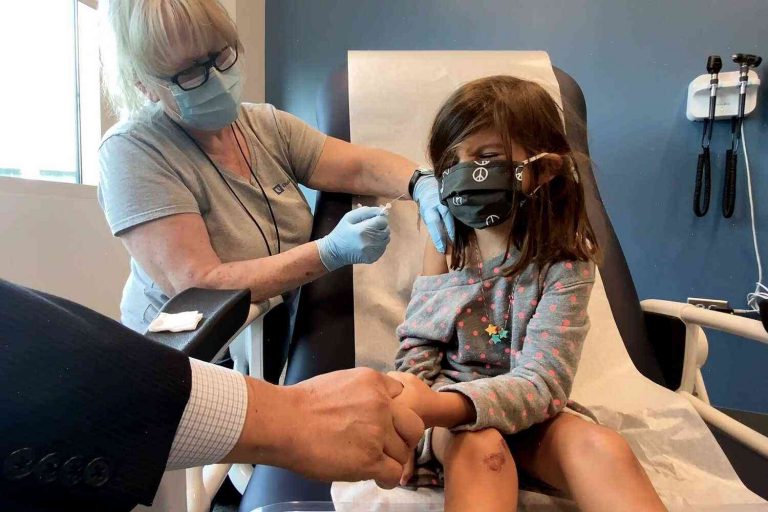 The Food and Drug Administration has finalized a risk evaluation and mitigation strategy that, if approved, would allow children and adolescents under the age of 18 who receive the vaccine against pneumococcal pneumonia to use it without certain additional immunizations required for adults.

In June, The NewsHour brought you a report on how one man who survived meningitis immediately began to drive for change and reform nationwide. Derek Tripp suffered life-changing brain damage because of his illness. Under new rules that would apply to most states, patients and caregivers could petition the FDA to prevent a vaccine he received for meningitis from being licensed if they claimed it was no longer required or safe for that child.

Although Tripp’s petition was denied in July, the Centers for Disease Control and Prevention’s new draft guidance, the F.D.A.’s decision to make a proposal rather than a final ruling on allowing children to use the vaccine with no vaccination requirements and the FDA’s latest decision are significant steps forward for guaranteeing access to important vaccines.

Pneumococcal disease, which is also known as pneumococcal meningitis, is a serious infection that spreads quickly. Although a vaccine is required for those over the age of 5, and the amount given has declined since the vaccine was first approved for public use in 2006, pneumococcal diseases continue to be common. As of August 2017, approximately 17,500 deaths were estimated to have been caused by infection with pneumococcal bacteria, a disease that kills one out of every 10,000 cases.

The vaccine is not 100 percent effective and can cause serious side effects. During a four-year period following meningitis vaccine approval, the risk for meningitis increased for those who got the vaccine but did not have any other illnesses or visits to the doctor.

The new advisory is based on an assessment of 12 immunization events and development in clinical and epidemiological trials that included 6,000 children and adolescents during ages 10 to 14.

“We encourage parents to discuss their individual cases of exposure to Pneumovax, as opposed to exclusionary recommendations based on a narrow universe of studies,” said Dr. Kathryn Haupt, director of the Division of Vaccines for Immunization at the American Academy of Pediatrics. “The benefits of this vaccine far outweigh the risks for our pediatric patients and their caregivers.”

Both recommendations were put together by the Immunization Safety Committee, a previously-unpublished panel of independent experts appointed by the secretary of Health and Human Services. The advisory recommends the use of the pneumococcal vaccine in those with certain risk factors for immune problems, specifically children with compromised immune systems or with immunity compromised because of congenital problems or difficult pregnancies. The advisory is only meant for licensed devices, but many states and some insurance companies are already allowing such waivers.