While Canada sent hundreds of millions in aid to Jordan to help with the Syrian refugee crisis, its king grew his collection of luxury homes, according to new reports. King Abdullah II of Jordan,… 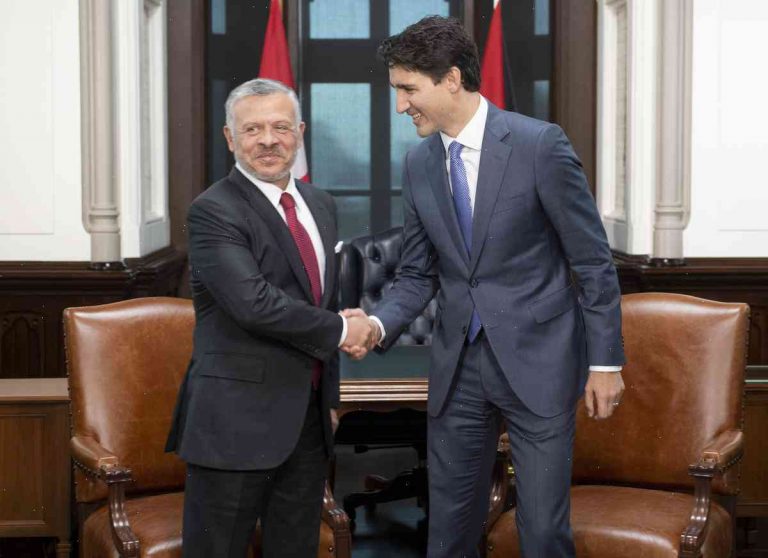 While Canada sent hundreds of millions in aid to Jordan to help with the Syrian refugee crisis, its king grew his collection of luxury homes, according to new reports.

King Abdullah II of Jordan, who has been the target of accusations for decades, has received income from estates owned by other royals in the Middle East, including one in the Jordanian capital Amman that was built by his father, according to a report Friday in The Guardian.

A 2011 report by the International Consortium of Investigative Journalists found that Abdullah II also owns 30 other estates and residences, including a farm in Saudi Arabia.

Abdullah, in addition to his acquisitions of real estate holdings, has spent millions on a string of homes, two yachts and an apartment overlooking the Sydney Opera House, according to the Investigative Project on Terrorism, which notes that the Ritz Carlton hotel at which he lives is a notable contributor to his wealth.

In November 2014, the Canadian government criticized Abdullah for his spending. “Prince Charles would be proud,” it said at the time, referring to the heir to the British throne’s “Let me be your pinstripe idealism” lifestyle.

Alia Jameel, the spokeswoman for Jordan’s monarchy, told the Guardian that the wealth of the queen and king is “legitimate” under the constitution, and that they have assets and wealth in Jordan.

“The Jordanian king is very active and will continue to be active,” she said. “He is visiting tens of countries and will continue to meet the global elite in the coming years. He will spend a lot of time overseas, without any delay, to meet donors, ambassadors and representatives of various donor countries.”

But the collection of private property holdings is the cause of outrage in Jordan and among many Middle Eastern groups, according to the investigative group.

Jordan’s economic issues, including skyrocketing food prices, have become the top issue in a re-election campaign for King Abdullah II, who is seeking a second term in office.

In its most recent report this week, published by the Moroccan Review of Books, a new activist group called Justice for Revolutionaries alleged that Abdullah has managed to do well, financially, out of power.

The group, named after the 1987 Moroccan revolution, claims that he is one of the wealthiest men in the Middle East.